Take the app on your pocket.!

Our site uses cookies to improve your experience and display relevant content and ads when you browse the web.

Continue browsing the site or choose to accept if you agree to the use of cookies.

Because we care about you, you will be able to change your preferences at any time or request the deletion of your personal data HERE

and you have access to prices and other benefits.

Multi-touch systems are the ones that were first seen only in Hollywood sci-fi scenes: Transparent walls with 3D information rotated by hand and controlled by voice; rooms, buildings, billboards, ordinary objects that turn into personalized advertisements, spaces that change their shape and texture according to the mood of the people present, audio, video, multimedia elements in unexpected combinations. Commercial multi-touch systems use technologies that detect not just the gestures of a single user's fingers. They can be controlled by the whole body by several people, or even by various objects. They extend over any surface from transparent display cases to buildings, interior walls, the floor and the club bar. At present, these systems are the most advanced in the interaction with complex, sophisticated information. They are connectable to automated information distribution networks for the simultaneous provision of multiple locations and points of interaction. Capacitive touchscreens consist of a single electronic layer that is positioned on a solid glass surface. The layer is charged with a low voltage electrical charge over its entire surface. When this layer is touched with the finger, part of the electrical charge is transferred to the body, thus the layer is diminished. The load difference is measured by special circuits located in each corner of the touchscreen. The data provided is sent to the processor, which interprets it using the software. 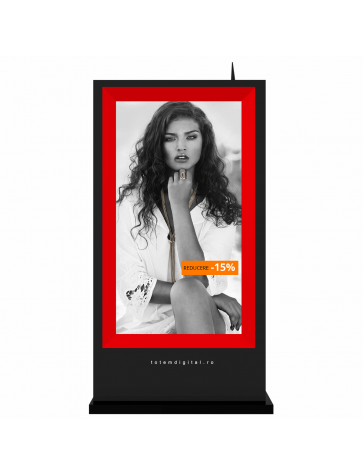